While there’s no one-size-fits-all answer to the question of how often to clean the dryer vent, a few general guidelines can help you determine how often you should schedule a cleaning. This post will examine those guidelines and how you can keep your dryer vent clean and clear.

That’s why it’s essential to be aware of the signs that indicate it’s time for a cleaning. The following are some of the most typical indications that your dryer vent requires cleaning:

Call Us For Service 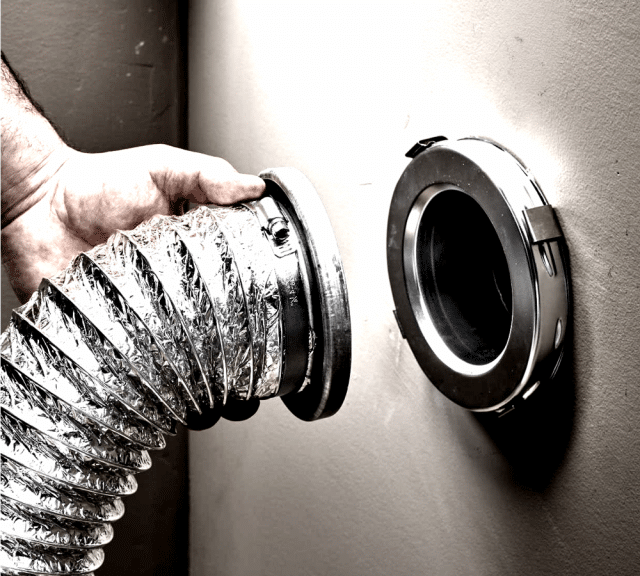 Fire is one of the gravest dangers of not cleaning your dryer vent. Lint build-up in the vent is one of the leading causes of dryer fires, so keeping the vent clean is essential to reduce the risk.

When the vent is blocked, carbon monoxide can build up in the home and pose a serious health risk to those inside.

Blockages in the vent can also cause moisture to build up, leading to mold and mildew growth. That’s especially harmful to those with allergies or asthma.

Mice, birds, and other pests are attracted to the lint build-up and can make their way into your home through the vent.

When the vent is blocked, the dryer has to work harder to do its job, which uses more energy and drives up your utility bills.

Call Us For Service 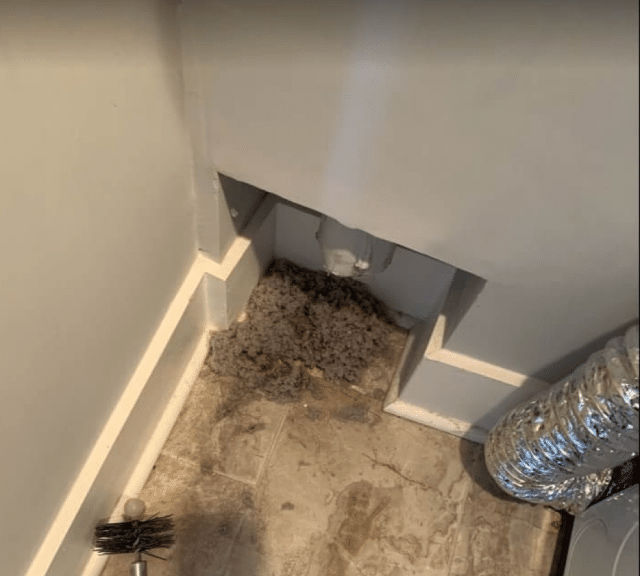 For your dryer to continue functioning effectively, you just need to do it when it’s required. The advantages of cleaning your dryer vent are as follows:

Your dryer will require cleaning more frequently the more you use it. If you only use it a few times a week, you can probably get away with cleaning it once a year. If you use it every day, you may need to clean it every month. 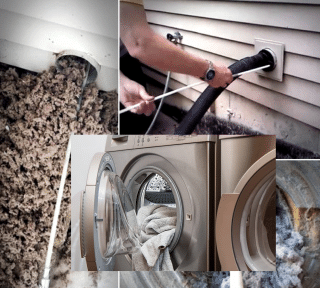 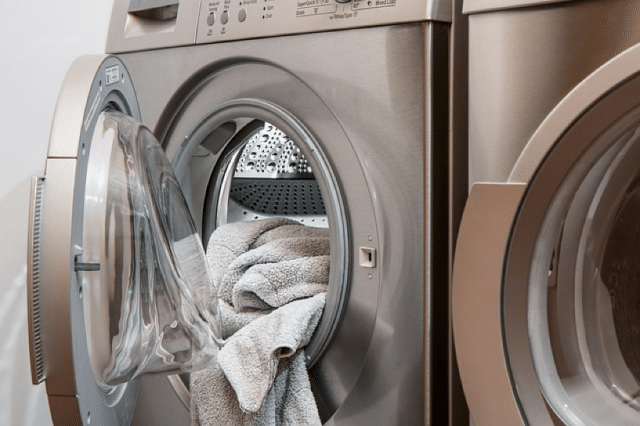 The kind of cloth may also impact how often to clean dryer vent. Synthetic fabrics like polyester and nylon produce more static electricity, which attracts lint. Natural fabrics like cotton and linen don’t have as much static, so they’re less likely to cause a clog. 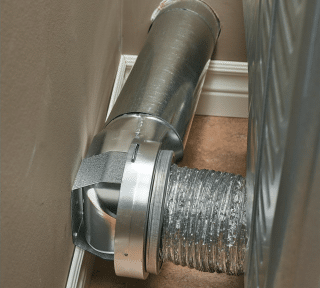 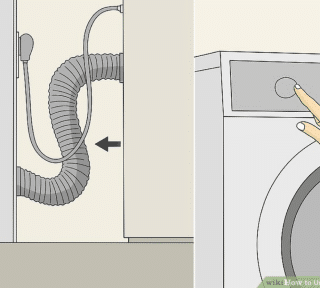 he type of venting material may also have an impact on how often should the dryer vent be cleaned. Metal vents should be cleaned more often than plastic vents because they’re more likely to corrode and develop cracks. Plastic vents are less likely to develop problems but can still get clogged with lint.

While cleaning the vent, check the venting material for any holes or cracks. Replace the venting system if you discover any.

If you’ve pets or live in a dusty area, you’ll need to clean the vent more often because there’ll be more hair and dust in the system. 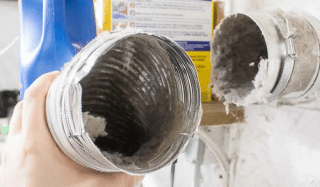 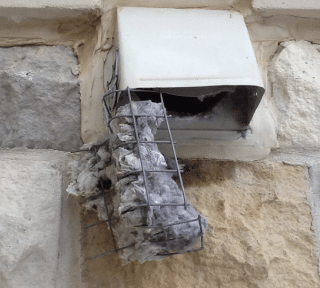 Generally, you should clean your dryer vent once a year or more frequently if necessary. That’ll help keep your dryer working properly and prevent fires, odors, and other problems

Finding the dryer vent is the first step. It’ll usually be on the back of the dryer or in the wall behind the dryer. Once you’ve found the vent, you can begin cleaning it.

Start by cutting off the dryer’s power supply. Then, remove the vent cover and vacuum out any lint that’s inside the vent. After that, scrub the vent duct with a brush. Make sure to delve as deeply as you can. To remove any last bits of lint, use compressed air.

Once you’ve cleaned the vent, reconnect the dryer to the power source and replace the vent cover. That’s it! You’ve successfully cleaned your dryer vent.

Clean the lint screen after every load of laundry: That’ll help reduce the amount of lint that gets into the vent.

Clean the vent cover with a brush or vacuum attachment: That’ll help remove any lint or debris accumulated on the cover’s surface.

Don’t overload the dryer: Overloading the dryer can cause clothes to take longer to dry and produce more lint.

Use a lint trap: That’ll help catch any lint produced during the laundry cycle.

Inspect the venting system regularly: Look for any holes, cracks, or damage. If you find any, you’ll need to repair or replace the affected parts.

Have your dryer regularly serviced: A professional can help remove any lint or debris accumulated in the system and inspect the dryer for potential problems.

If you decide to clean the vent yourself, you’ll need to purchase a few supplies, such as a vacuum cleaner with a hose attachment and compressed air. You’ll also need to know how to disassemble the dryer and vent system.

If you hire a professional, they’ll have the necessary supplies and knowledge to safely and effectively clean your dryer vent. They’ll also be able to check the system for any potential issues.

The bottom line is that it’s up to you to decide whether to clean your dryer vent yourself or hire a professional. Go ahead and do it yourself if you feel confident doing so. However, hiring a professional is the best option if you are unsure how to do it or don’t have the time.

Call Us For Service
1
What Is Dryer Vent Cleaning?

Dryer vent cleaning is the process of removing lint and other debris from your dryer vent system.

The size and kind of system determine how long it’ll take to clean a dryer vent. However, most cleaning jobs can be completed in an hour or less.

3
Are There Any Risks Associated with Cleaning My Dryer Vent?

If you don’t know how to clean your dryer vent properly, you’d damage the system or injure yourself. The best way to avoid these risks is to hire a professional.

4
How Much Does Cleaning a Dryer Vent Cost?

Depending on the size and nature of the system, dryer vent cleaning prices change. However, Environsmart’s annual or twice-a-year package starts from $199.

5
Can I Hire a Professional to Clean My Dryer Vent?

Yes, you can get a specialist to clean your dryer vent. Most professionals charge by the hour, with most jobs taking an hour or less to complete.

Cleaning your dryer often increases its efficiency, prevents fires, and extends the life of your dryer. If you’ve pets, live in a dusty location, often use your dryer, or notice that your clothes take longer to dry, you should clean your dryer vent more frequently than once a year.

Envirosmart Solution offers quick, same-day dryer vent cleaning services to help keep your home safe and your dryer working properly. Our certified technicians use the latest technology and equipment to clean your dryer vent of lint, debris, and other obstructions quickly and efficiently. Contact us today for a free quote!

We’re here to answer any questions you have.

You can also email us at:

Your Attic & Crawl space project is a significant investment. We understand that making the best decision today is crucial to your long-term home comfort and safety.

With our 100% customer satisfaction guarantee, we promise to provide you with a quality service and with no headaches – just peace of mind when it comes down to making sure everything will run smoothly from start to finish. 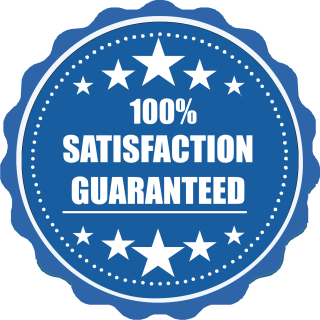